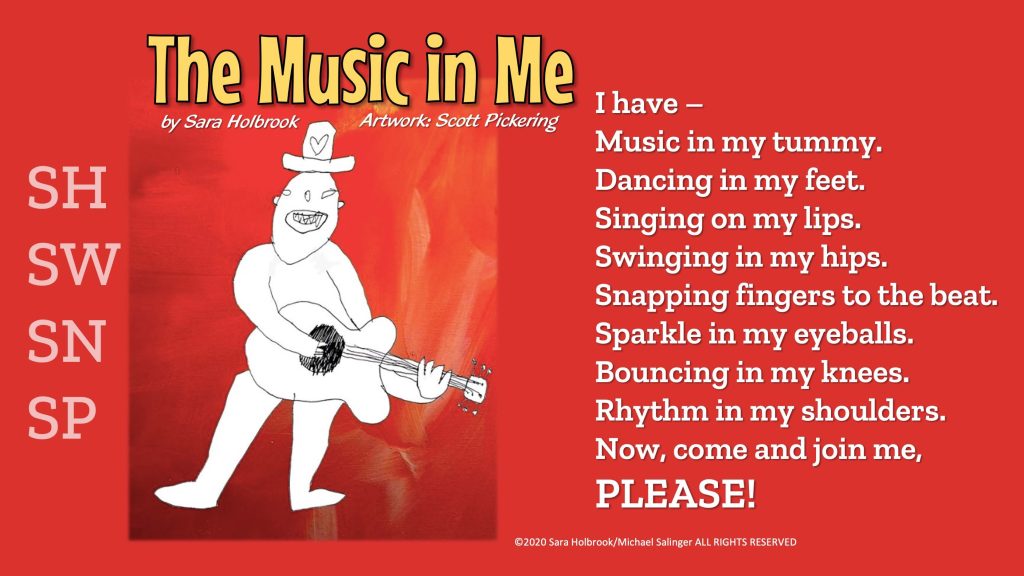 To support the students’ reading, we chose this poem from RWS Primary 1 which included a group of S digraphs. We read aloud and even acted the poem out, having fun adding actions and hand motions. We did have one initial hold out who is reading on about a fourth-grade level. He was skeptical at first (“this is dumb”), but he ended up joining the fun and dug right in when it came to writing. Differentiation is always a challenge, but other than a handful of strong readers, many of the students in this class are still working on word, sound, and even letter recognition.

As you can see, the poem also contains a lot of action verbs ending in ING. After the poem sharing, we all went to our writing places to compose a few lines on the topic of our choice using ING verbs. (Sidenote: This poem can be sung to David Byrnes’ Lazy and was greatly influenced by the Broadway production Utopia)

In preparation for the lesson, we designed a graphic organizer for our pre-writes. If you are familiar with our book Striving, you know we are big fans of pre-write graphic organizers! If you have seen complicated graphic organizers that require an instruction key to navigate, know that’s not what we’re talking about. These are not complicated documents, and we whipped this one up right before school. The benefits are that the organizer focuses the writer’s thoughts before they write in their journals. This is especially important with strivers who have great ideas and at the same time need support in directing their energies to the page. 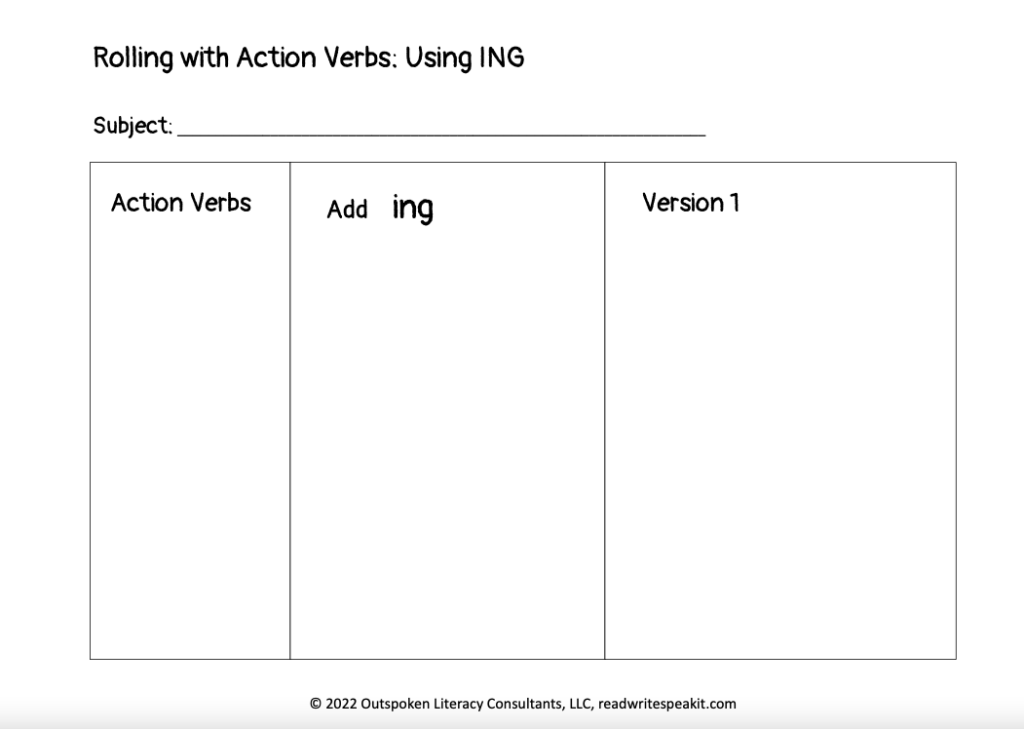 Subjects ranged from basketball to dreaming, skating, and making mom proud. Everyone found some level of success using ING verbs. Instead of making a poetry booklet this week, Michael suggested that we collect a line or two from every writer and create a poster. Here was the finished product. (printed at Walgreens, 20″X30″, cost $29) 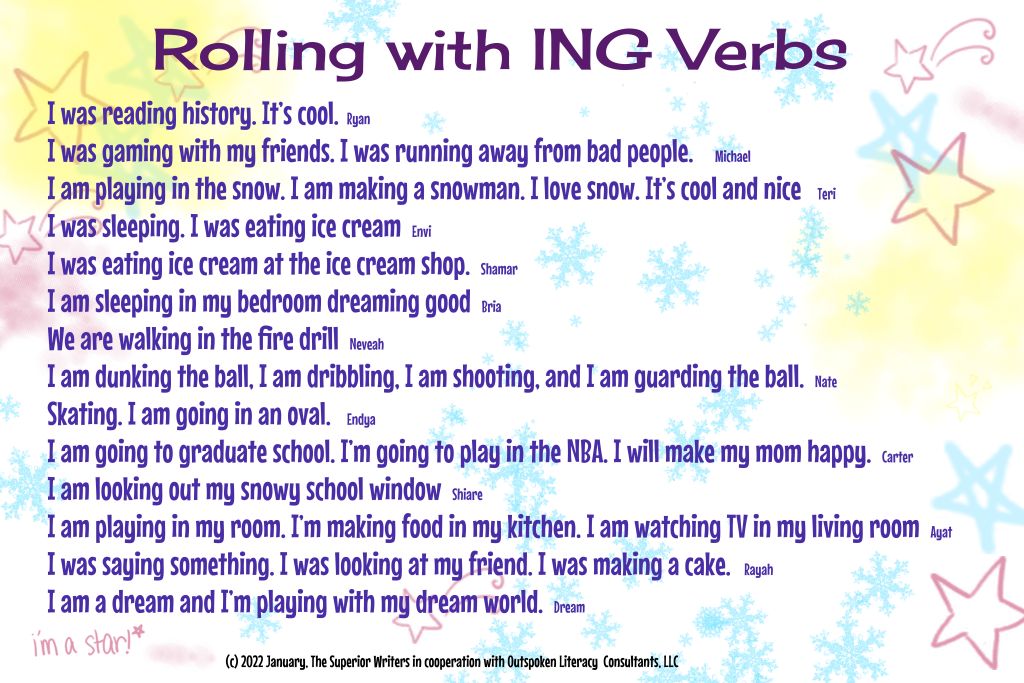 When we were typing this up, it was sooooo tempting to correct the grammar in Bria’s line, “I am sleeping in my bedroom dreaming good.” But knowing it is not our job to help the writing, and instead to help the writer, we resisted. We also know that many writing instructors would not have published this without asking her to revise. But we know that up until a few weeks ago, Bria consistently declared herself to be a non-reader, therefore a non-writer who dictated her ideas to a partner. This day she was determinedly working hard on shaping her letters herself. All things considered, this line was a major triumph for her as a writer, just one small step on her writing journey.

Next week we are visiting a school in another state and will miss writing with The Superior Writers, but Quartez and Ms. Harriet will be sharing the poster and we doubt we will even be missed. as they celebrate their new poster.

And to the skeptics who might say we should have pushed for more revision, hey, we just aren’t there YET. Sara even wrote a little poem about it.

I know it isn’t proper grammar,
and it lacks specific details –
but if you’ve ever lived through a nightmare
that left you twisted and uptight –
if you’ve ever lost something you
cared about and cried all through the night –
if you’ve ever been called out
for making something up –
or fallen asleep embarrassed,
disappointed, or just stuck
then were jolted awake by lightning bolts
’cause you didn’t do what you should,
or curled up in a ball in bed
when life was too extreme –
then you get what I mean
when I say,
I’m dreaming good. 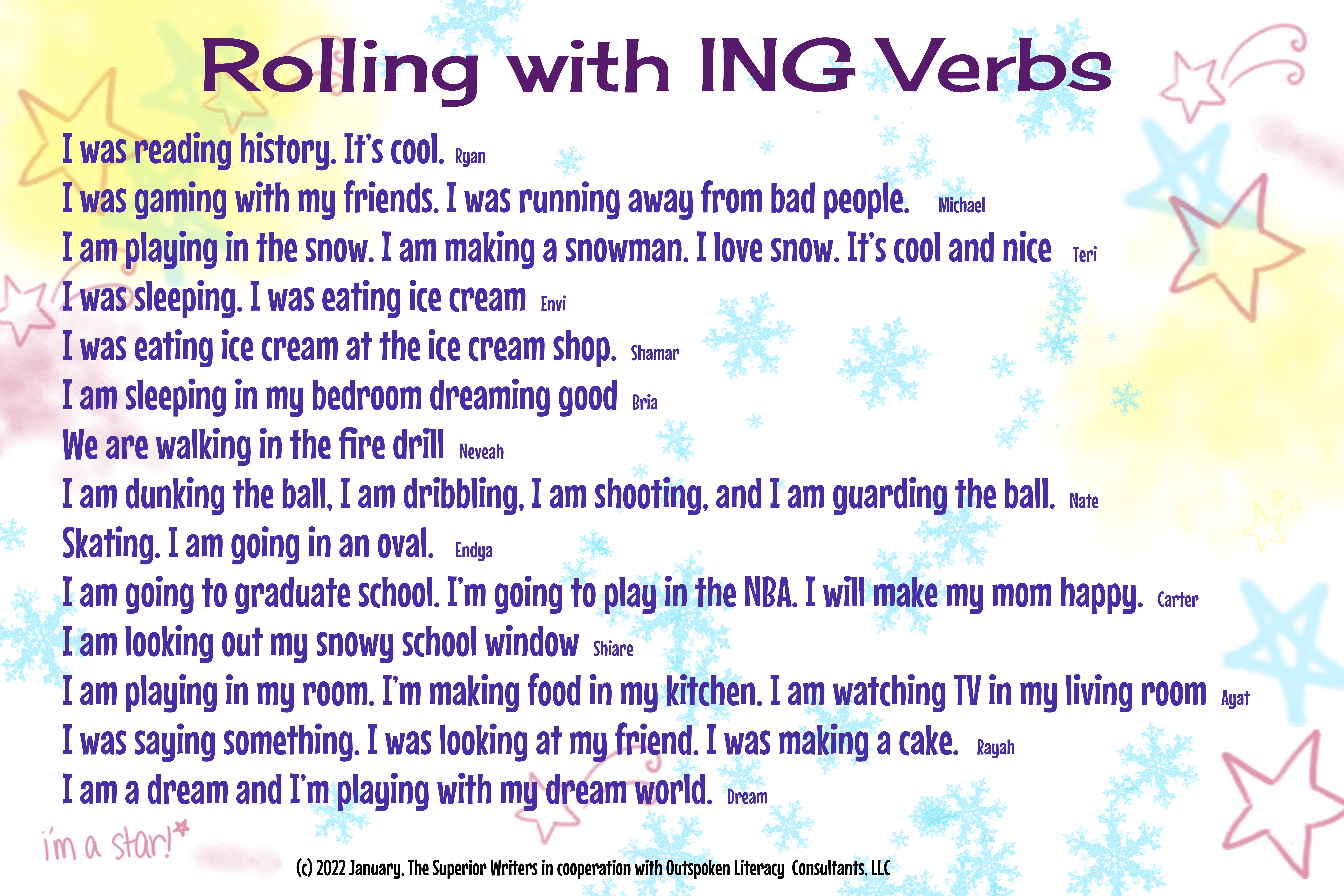 January 31, 2022 To support the students’ reading, we chose this poem from RWS Primary 1 which included a group of S digraphs. We read 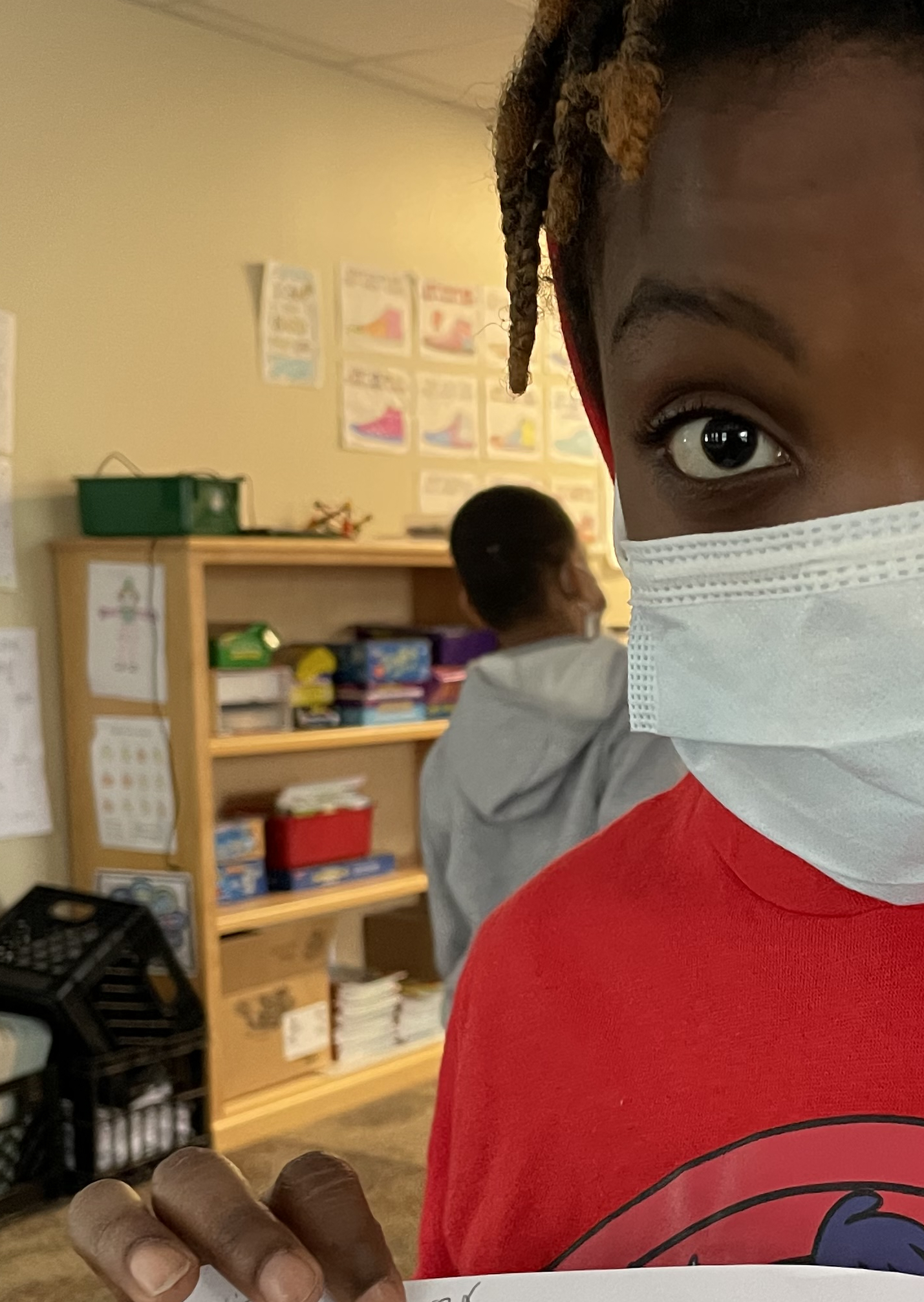 We have been volunteering having made a long-term commitment to a Cleveland city school second grade classroom. Working with our cooperating teacher, Quartez Harris 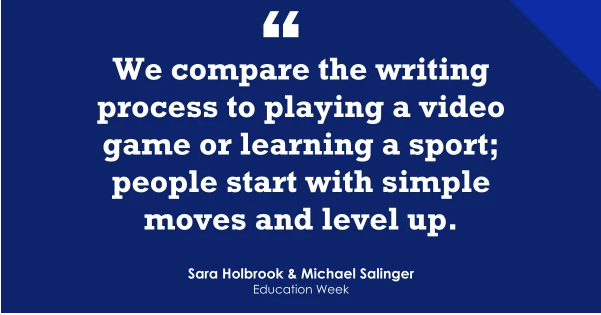 How do you get students to want to revise their writing?

When this question was posed by Larry Ferlazzo for his column in Education Week, we were happy to respond with our strategy to engage students 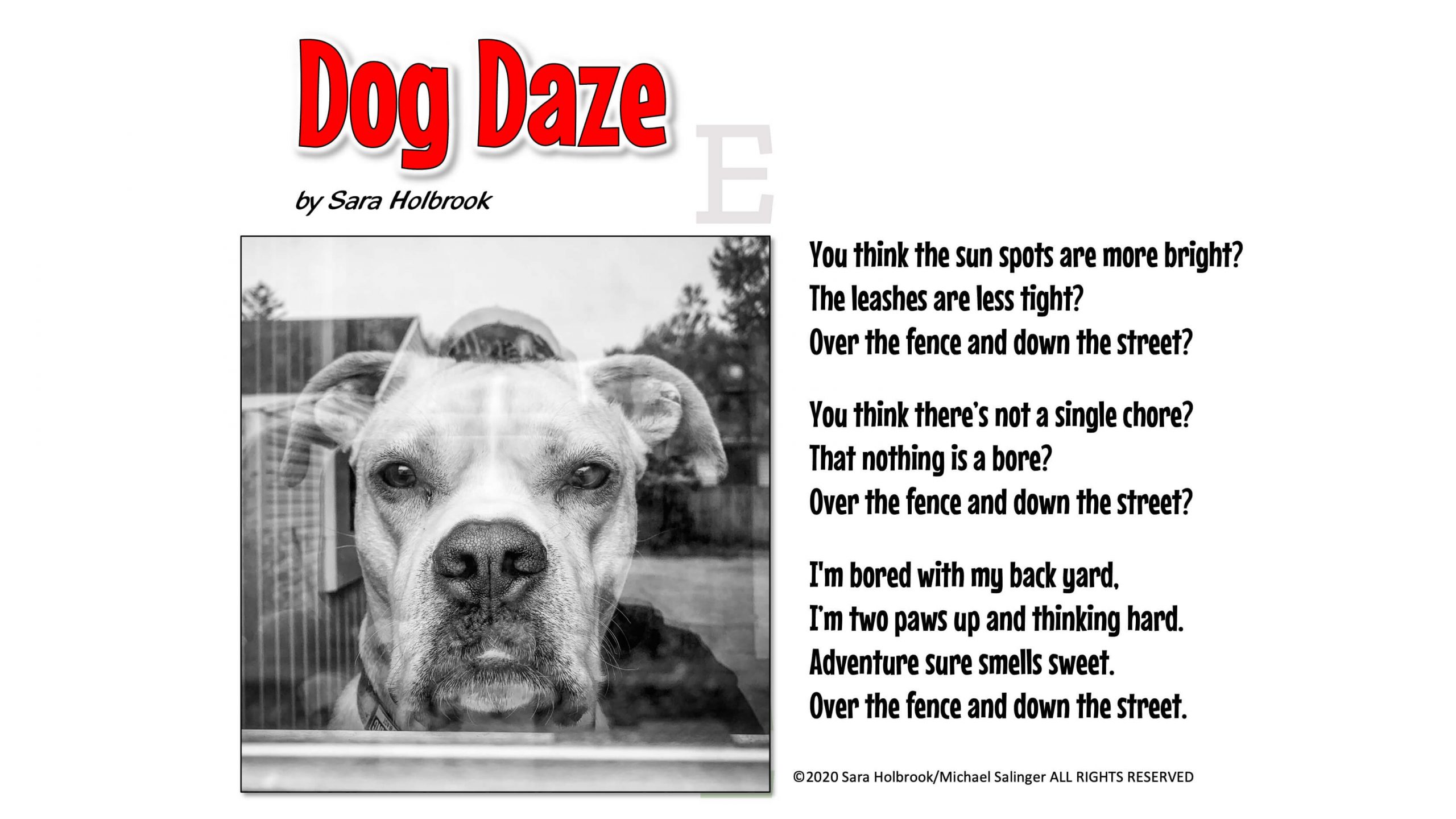 Pre-planning a Social Emotional Lesson in a Digital Environment 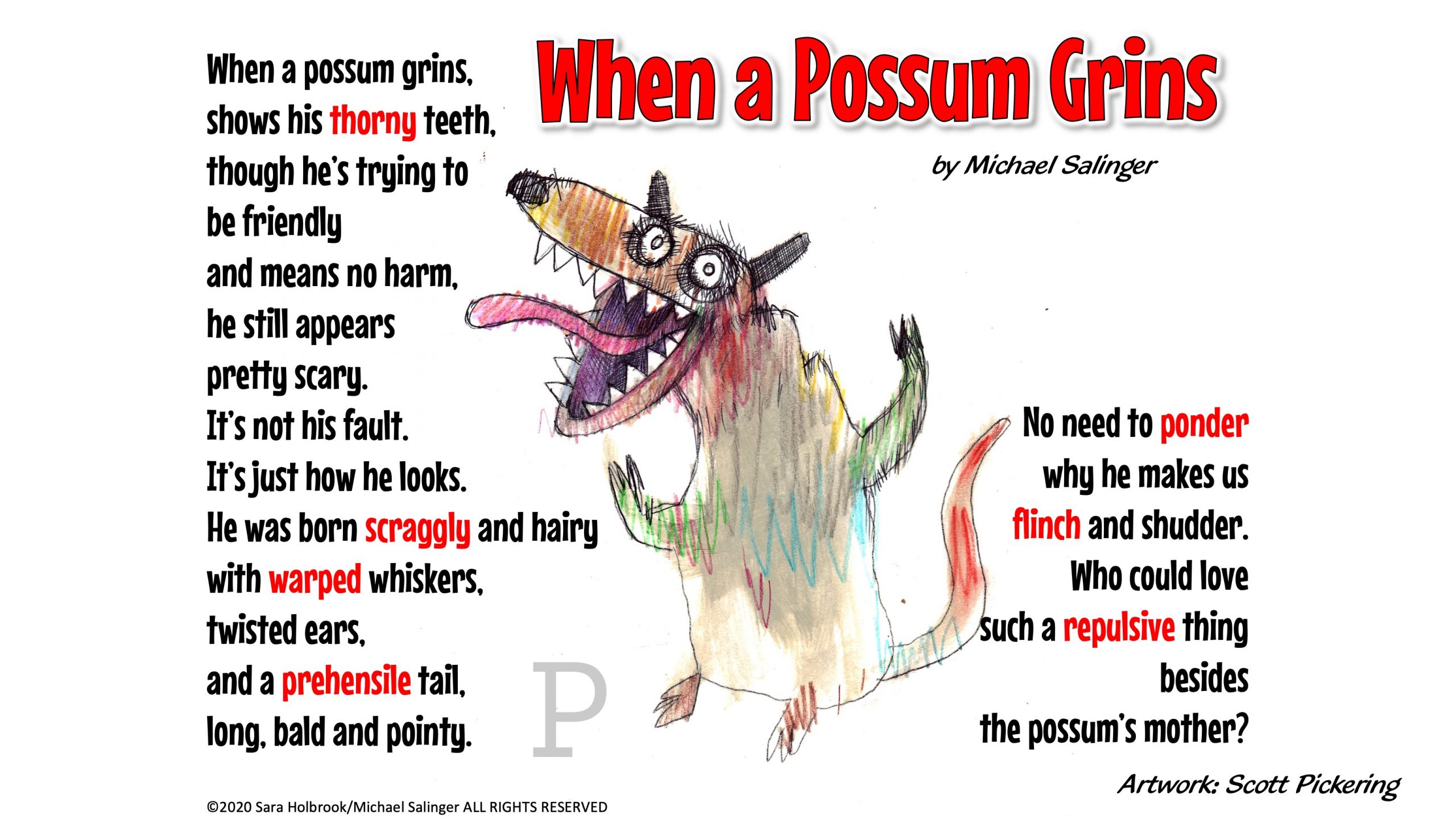 When to teach vocabulary: Recently Sara and I were presenting at the Sunshine State Teachers of English as a Second Language conference – virtually of

Proven Steps to Reading, Writing, and Oral Proficiency for all students.